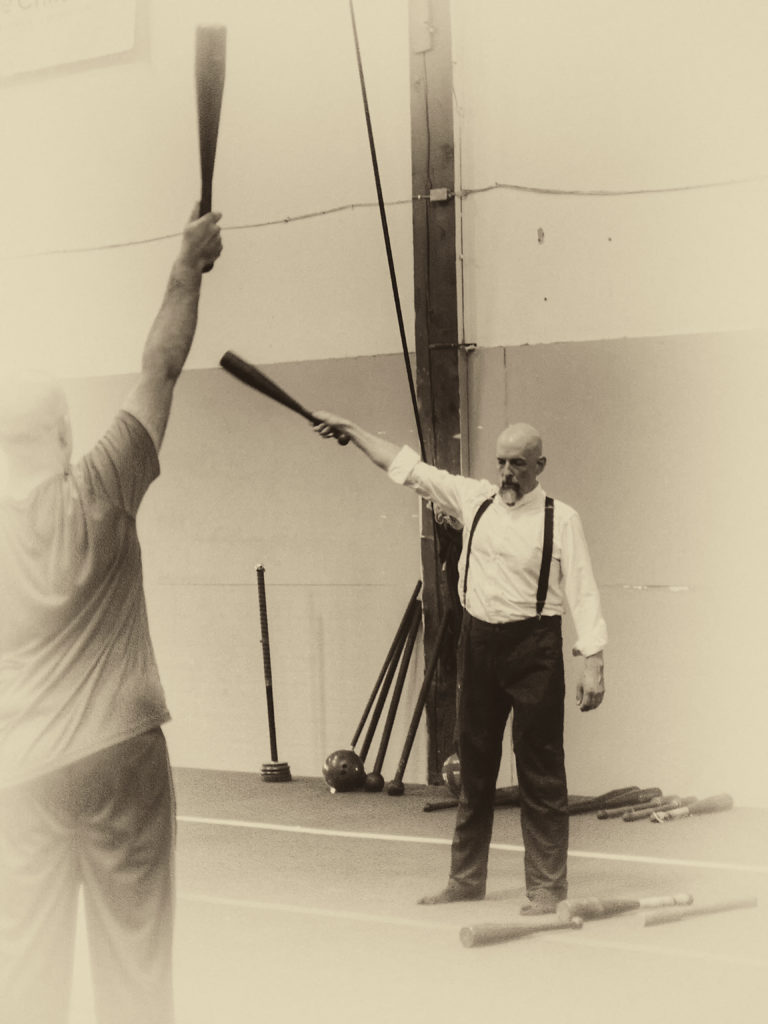 For thousands of years, the peoples of Central and South Asia have used club swinging as a way to build strength and range of motion. This is a style of exercise that is clearly rooted in martial traditions. As such it dovetails perfectly with martial arts practice. The ancient origins of this style lie in Persia where it is still practiced under the name of Zurkhaneh. From there it seems to have spread to the Indian subcontinent where for many centuries it has been practiced in gyms called Akhara (a search on “Akhara gym” will turn up much relevant information). During the 19th Century, British colonists brought the tradition back to their homeland from which it spread to the United States and many other parts of the world under the name “Indian clubs.”

As part of our Tuesday, Thursday, and Sunday morning practices we perform an Indian club workout that progresses through four levels of weight and intensity:

In addition we make use of medicine balls and various body weight exercises.

Used properly, these simple forms of exercise can serve as a replacement for expensive and time-consuming gym memberships.