Where We Came From

This is one of Lonin’s oldest groups, dating back to the pre-2010 era. It started as a Bartitsu study group, working from source materials published by Tony Wolf. As such it took a “broad but shallow” approach to a number of different arts including jiujitsu, la canne, savate, pugilism, broadsword, and grand baton. Indian club workouts have been a core part of the group since the beginning.

Over time the emphasis of the group morphed, largely in the direction of broadsword and pugilism. We felt that jiujitsu was better taught by schools specializing in the grappling arts, of which there are many in the Seattle area. It seemed more productive to go deep on one or two specific styles than to try to cover everything under the eclectic Bartitsu umbrella.

Accordingly, the Tuesday evening sessions became devoted to broadsword, based on the teachings of George Silver as interpreted by Nathan Barnett. Thursday became the day for studying pugilism under Timothy Ruzicki. Through it all we maintained the tradition of wearing white shirts and addressing one another by our last names.

COVID eliminated our old training space at SANCA and blew our training schedule to smithereens, and for two years we existed entirely as a Zoom group doing the Indian club workout from our homes twice a week.

In the post-COVID era we’re restructuring the way we do practices. There are a lot of people who might be interested in broadsword, pugilism, etc. but who don’t want to buy into the older traditions of this group. As of the second half of 2022, BWAHAHAHA still exists as a social group and we still do Indian club workouts (in person and over zoom) three times a week, but martial arts training is distributed among, and shared with, other Lonin practice sessions. The full roster of BWAHAHAHA-relevant practices is as follows:

If you simply have an interest in one of the practice sessions mentioned above, just show up and see if you like it.

The traditional BWAHAHAHA style is to wear a white shirt and black trousers. We address each other by title and last name, e.g. “Mr. Peterson,” “Dr. Lowery,” “Detective Kemp.” Some of these titles may be fictitious. As you might expect this is correlated with a strong interest in 19th Century history, Sherlock Holmes, etc. We are well aware that this stuff isn’t for everyone, but if you think it might be your cup of tea, approach one of us and we can try to explain ourselves.

The backsword is a powerful, single-handed, cut-and-thrust weapon dating to the late medieval period. It and its descendants the Highland broadsword, the heavy military saber (featured in the image below), and the cutlass survived into the Victorian era because of their usefulness on the battlefield. 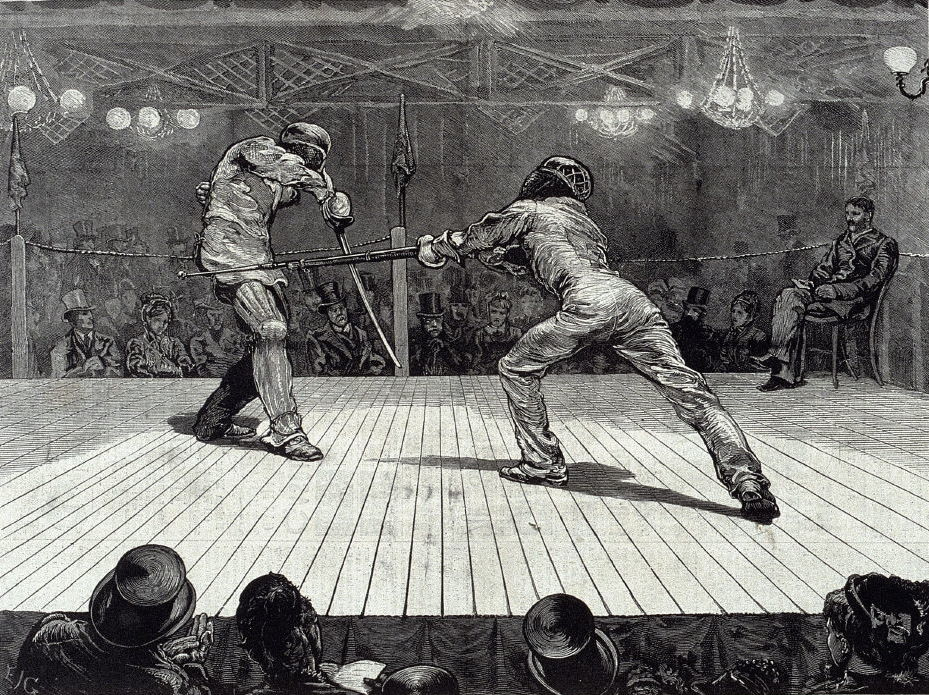 Around the time of the Renaissance, sword evolution forked into two distinct paths which can be loosely described as civilian and military. Civilian swords such as the rapier were worn about town. They came to be used primarily in duels: rule-bound, one-on-one fights between gentlemen settling disputes as a matter of honor. The rapier then evolved during the 18th Century to the smallsword and eventually to the epee. These are light weapons used predominantly in the thrust.

Military swords, and the martial arts governing their use, were intended for battlefield environments very different from the structured procedures of a civilian duel. The cut is emphasized strongly, and forms the basis for offense and defense, with thrusts in a secondary role. The hilt is protected by a guard, which in the case of backswords and Highland broadswords encompasses the entire hand. The blade is wide enough to provide weight and strength, making cuts and blocks more effective.

George Silver, whose work supplies the basis for our study, was an Elizabethan gentleman who might be thought of as the last of the medieval swordsmen. In his works he argued passionately in favor of the backsword while disparaging the rapier, which in his day was increasingly popular among young Englishmen. In Silver’s mind the backsword is a weapon that Englishmen can and should use on the battlefield “in the service of the Prince,” i.e. in military service, waging war upon enemies of the crown, while the rapier has no use other than dueling in the streets, wounding and killing other Englishmen over trivial disputes.

Four hundred years later, we are able to step back from those controversies and practice sword fighting based on the work of Silver and others. We use basket-hilted sword simulators with blunt blades, weighing in the general range of 1000 – 1300 grams.

Our foundational text is Swordsman: A Manual Of Fence And The Defence Against An Uncivilised Enemy by Alfred Hutton , which was published in 1898. In its appendix, Hutton makes the case that the fencing academies of the Victorian era are failing to prepare soldiers for actual combat against opponents from cultures where practical sword fighting is still a living tradition. He advocates studying the work of George Silver, an Elizabethan swordsman who, 300 years earlier, published Paradoxes of Defense and Brief Instructions on my Paradoxes of Defense. 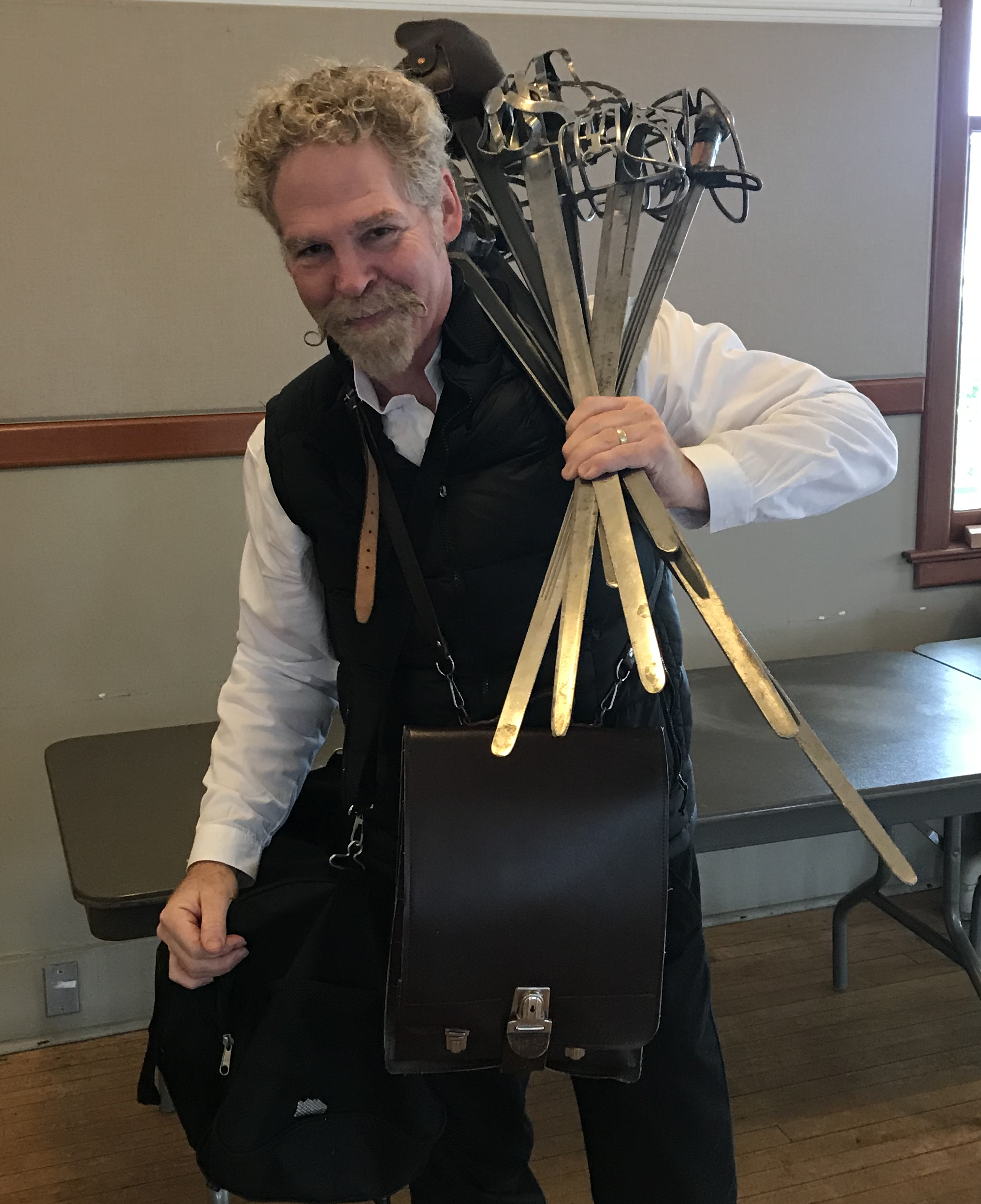 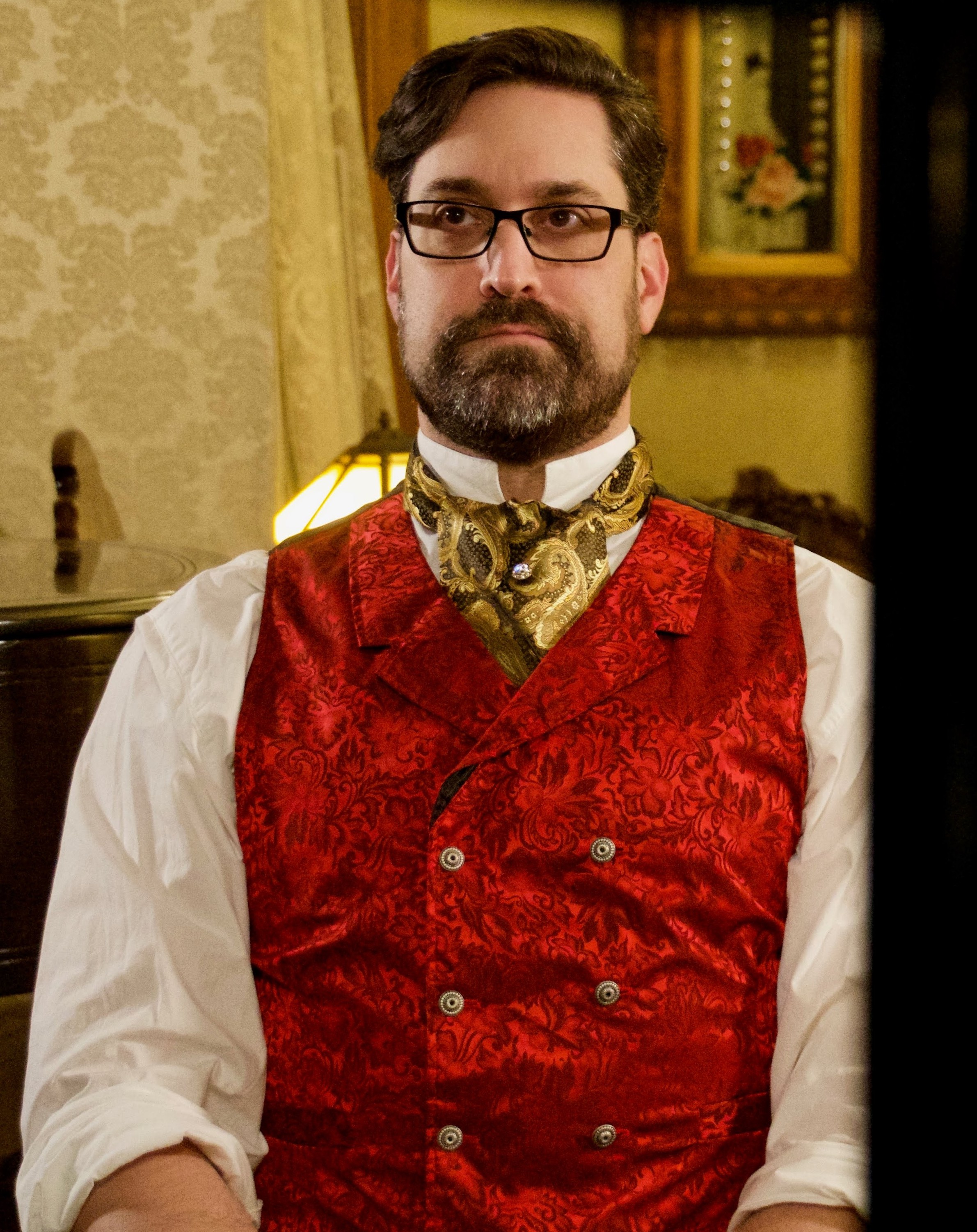